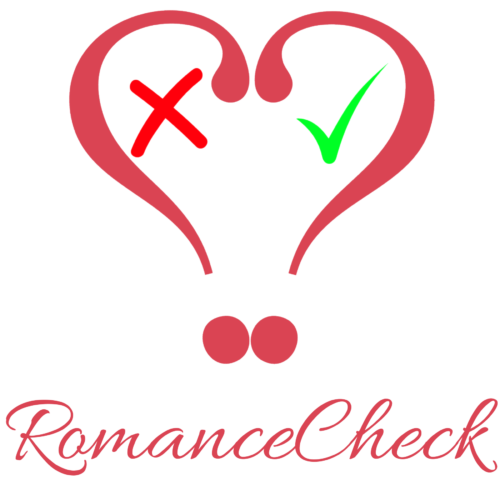 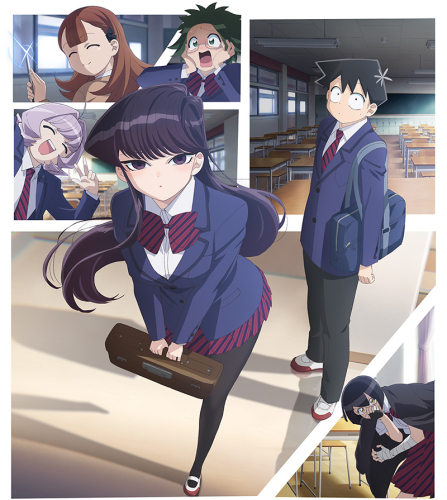 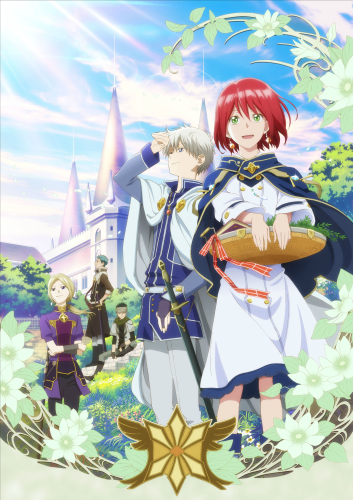 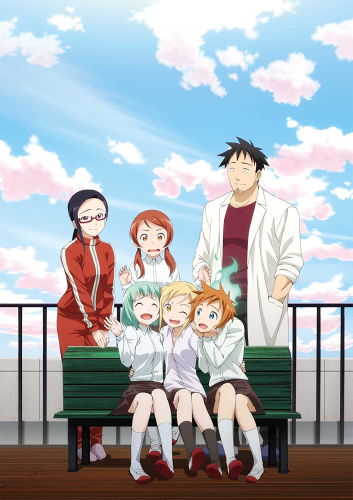 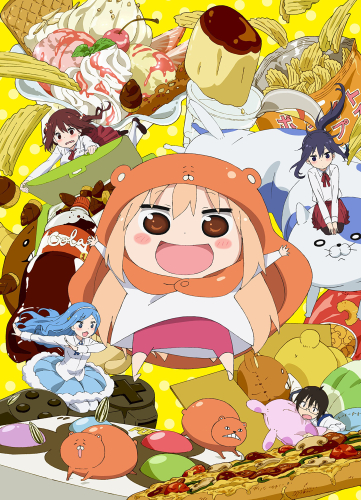 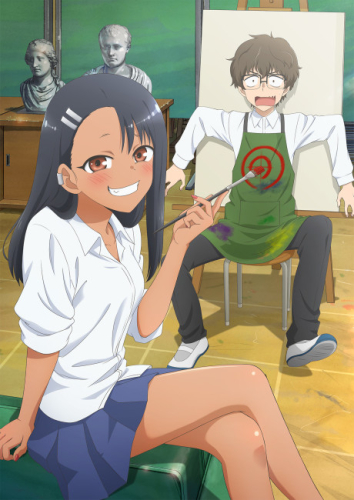 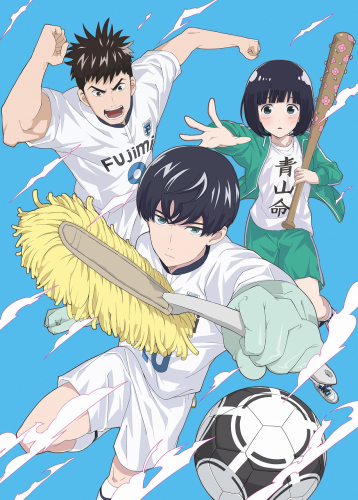 Hi guys, after a long time I wanted to update you a little bit.

So first of all: SORRY!

It just doesn’t work out for me with the time. It’s really hard for me to find time where I can really sit down and write for hours on a post. But unfortunately, it doesn’t work out that way. When I get home from work, I’m either too tired or the time is way too short to create a new post.

And when I do have a little more time, I don’t know what to do first. I have so many games lying around that I still want to play, and so many movies and anime that I want to watch, so it’s very hard for me to decide what to do next. And on the weekend I spend most of the time with family and friends.

Apart from that, I’ve been traveling lately and have other things to deal with, which of course take up a lot of time.

Nevertheless, I will not just give up this blog!
I am online almost every day to keep this WordPress site and all plugins up to date.
For example, the other day I also deleted the newsletter because it didn’t make sense.
And also all the spam comments (which you don’t see) I have to delete daily.

The visitor numbers have also not changed much (as already mentioned in the last news of 23. December 2021). I still have so between 20 and 30 visitors. But I’m not so upset about that anymore. I just try to create new posts now, whenever I have enough time.
(Oh yes… and about the broken heart that I had, has also settled down again).

Alright, so what’s next?

I’m working on a new post, and hope to have it ready in a couple of weeks.

And on the side, I’m working ((again)) on a new design… or rather, the design won’t change much, but I’ve gotten feedback that the current design doesn’t work properly with some browsers. So I’m trying out a new system right now, which will take a few months.

Well, that’s it for now.
I don’t know if anyone even reads this, but if you do, thanks for being here, and I hope I was able to clarify things for you a bit ☺️

Hi guys, I’ll be a bit more open and honest with you in this news.

Over 2 months have passed now since I released my new design.

On the one hand, I have of course adapted the design so that it looks more modern and is also more user-friendly (especially for mobile users).

On the other hand, with the new design I tried to set up my site so that it meets the requirements of Googel for the search engine.

So that my site will be placed higher up in search and is easier to find, and thus I can bring my site to the attention of more people who are looking for romance anime recommendations and may even want to get spoilers.

And I have really researched, tried, changed, adjusted or set up again a lot of things, but unfortunately everything was useless and I was simply unsuccessful, which really demotivates me a lot.
(That’s why it took again a little longer until I could finish a new post).

Here you can see the status of my visitor traffic from last year until now:

As you can see, in January I still had an average of 200 visitors a day, but for whatever reason the number of visitors has started to decrease steadily as of the end of February.
So that I get at the current time, on average only 50 visitors a day 🙁

So after a lot of research, I found out that the blame could lie with Google, because they perform algorhitmus updates at irregular intervals, which negatively can affect my page rankings in Google search.

Other reasons could also be that anime is just not that trendy anymore, OR the time intervals of the publications of my posts is sometimes very long, so that visitors only stop by from time to time (which I fully understand of course).
But I can’t imagine that these reasons are the problem, because it was never a problem in the last years before.

Of course I would like to hire a professional to take a closer look at my site, but that would cost me over 1000 €, which unfortunately I don’t have 😅

So, what is the current situation with me and the blog, and what is the plan for the next year?

Well, apart from the fact that it annoys me quite a bit that the visitor numbers don’t go up again due to all my efforts, there are also personal reasons that demotivate me to make bigger posts that contain a lot of romance.
Silly me, have accidentally got a little crush on someone.
And the stupid thing is that I know nothing will come of it.
So for me right now, that means I’m a bit heartbroken and romance anime would just drag me down even more.

But that doesn’t mean I’m going to stop watching romance anime.
No, I just need a little time to process.

So my plan for the next few weeks is to publish lots of little recommendation posts.
Without going into too much detail.
Only the really important information will be written in more detail, nothing more.

In addition, a small mention for next year, which will happen rather in the background once again, but I just want to inform you anyway, in case you wonder why it takes so long for me again:

Okay, that’s enough with my problems, sorry that I had to bug you with it, but this way you know the situation I’m in at the moment.

Welcome to my new version.
I have changed quite a few things, both in design and functionality.

The posts also have a slightly different look.

A better separation of the areas for a better overview.

I have made many changes especially for mobile users:

In addition, some things that are rather important in the background.

Important for mobile and tablet users:

I hope you like the new features and the new design.

Please let me know if you have found any errors that I have not listed.
It may be that I can not detect some errors with the devices I have.
Or maybe you even have suggestions?

As always at [email protected] or in the guestbook.

What changes will come next?

! Check out the changelog for the latest changes !

On this blog I write about anime that contain romance.

The anime posts are always divided into 3 parts.


Here you can find the anime with some information and the romance rating.
This section should only help you to find a new recommendation.
If you are just looking for a new anime, this section will be enough for you.


This section is the main reason why this blog exists.

Here you can find spoilers for various facts.
You can decide for yourself how far you want to spoil yourself.

If you want to know more, you can click through further information, such as:

– Who (Which Characktere are meant, to which the spoiler applies).
– When (In which episode exactly the spoiler occurs)
– What/Details (Exact explanation of the spoiler that occurs)
– Manga spoiler (Differences or future events that happen in the manga)
– and many more….


If you are still interested, you can read my own opinion.
Here I describe different aspects of the Romance Anime.

I’m keeping myself as spoiler-free as I can here.


Additionally I have a Romance rating info
Here I summarize briefly the positive and negative elements of the Romance.

But this is not spoilerfree.

(Attention: In some posts it is not always built up so extensively.)

If you need more explanations and further information about my blog, please click on the button:

On the homepage you can see 4 Tabs.

The: Newest Anime , News , Next changes and Important Informations and Tips -Tab.

In the Newest Anime tab you have a slider with my latest posts that I have uploaded recently.

Here you can see the last 7 posts.

These are also marked with a colored background:


Currently I have uploaded 36 anime posts so far.

Of which are:
22 Watched
6 Blacklisted
7 Recommendations
1 Currently watching

If you are looking for a specific anime, chances are you won’t find it.
Please be patient and check back later, maybe I have added it by then.
In the meantime I hope that I could help you with the existing anime posts.


Want to become a volunteer to help me?

I don’t watch anime that are in my blacklist, because they contain my taboo facts.
So if you want to help me, you can pick an anime of the blacklist and send me the information you have by email.

Check out the Blacklist page , under the “Important” note, to learn more.

They work as follows:

Firstly, there is a “thumbs up” button at the top of the post.
You can click this button if I was able to help you with the anime recommendations, in case you were looking for something new or found something after browsing through my spoilers.

And at the very bottom of the page, there is also a Like button.
You can click this button if you liked my post in its entirety.


Have you already seen the anime I posted?
And you think that you no longer need to look into my spoilers?

Well, maybe it could be worthwhile for you to have a look at my spoiler.

Because sometimes I still have details,


You have any questions/comments/feedback or anything else?

It is worth to look into the guestbook to read comments from other visitors.
There you can find, for example, recommendations or other valuable information.

I use cookies on my website to give you the most relevant experience by remembering your preferences and repeat visits. By clicking “Accept”, you consent to the use of ALL the cookies.
Cookie settingsACCEPT
Manage consent

This website uses cookies to improve your experience while you navigate through the website. Out of these, the cookies that are categorized as necessary are stored on your browser as they are essential for the working of basic functionalities of the website. I also use third-party cookies that help me analyze and understand how you use this website. These cookies will be stored in your browser only with your consent. You also have the option to opt-out of these cookies. But opting out of some of these cookies may affect your browsing experience.
Necessary Always Enabled
Necessary cookies are absolutely essential for the website to function properly. These cookies ensure basic functionalities and security features of the website, anonymously.
Advertisement
Advertisement cookies are used to provide visitors with relevant ads and marketing campaigns. These cookies track visitors across websites and collect information to provide customized ads.
Analytics
Analytical cookies are used to understand how visitors interact with the website. These cookies help provide information on metrics the number of visitors, bounce rate, traffic source, etc.
Functional
Functional cookies help to perform certain functionalities like sharing the content of the website on social media platforms, collect feedbacks, and other third-party features.
Others
Other uncategorized cookies are those that are being analyzed and have not been classified into a category as yet.
Performance
Performance cookies are used to understand and analyze the key performance indexes of the website which helps in delivering a better user experience for the visitors.
SAVE & ACCEPT
Scroll Up