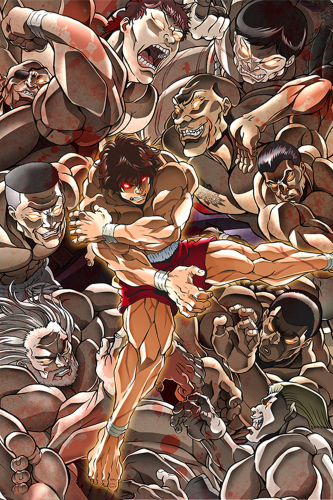 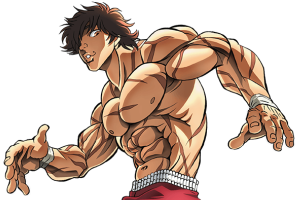 Kozue Matsumoto is the daughter of Baki Hanma’s landlord, and also a schoolmate of his.
They met before a tournament and have been very close since then and have dates.

Age gap?
No
Time skip?
No
Sexual content?
Yes What?

Baki Hanma lies at home in bed in his underwear.
Kozue Matsumoto sneaks into his house, takes off her clothes and also has only her underwear on.
She then lies down beside him and hugs him from behind.
When Baki Hanma turns to Kozue Matsumoto and attempts to do something in a sexual regard, he gets interrupted by his father.
The man just quickly gives Baki Hanma and Kozue Matsumoto a few harsh sex advices, and disappears after his speech immediately. What a father 😅 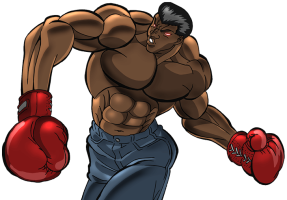 Kozue Matsumoto and Mohammad Alai Jr. have just a normal friendly relationship in the beginning.
They first meet when Kozue Matsumoto cries on a park bench because of Baki Hanma’s circumstances.
He briefly cheers her up, and then continues on his way.

Baki Hanma tells Kozue Matsumoto how crazy he is about her.

Kozue Matsumoto tells Baki Hanma that she wants to be with him forever.

The first kiss is shown in a memory. Baki Hanma kisses Kozue Matsumoto there for the first time.
The second kiss becomes a bit strange in between, because one expects an interruption, which fortunately doesn’t happen, and still lets the kiss end romantically.

Baki Hanma kisses Kozue Matsumoto after he tells her how crazy he is about her.

A kiss before they both go home.

A kiss before Baki Hanma and Kozue Matsumoto have sex.

Kozue Matsumoto asks Baki Hanma why he no longer looks at her.
Baki Hanma answers that he does not look at her but feels her.
But that is not enough for her, and then they kiss.

Will the couple get together?
Yes

This is a little bit unclear at the beginning, because officially they do not see themselves as a couple.
However, this is changing quite quickly.
Baki Hanma and Kozue Matsumoto namely hold hands after their date.

Will the couple stay together?
Yes
NTR?
Yes, Weak. Who?

After the Raitai tournament is over, Kozue Matsumoto suddenly receives a marriage proposal from Mohammad Alai Jr.
She rejects that of course.
Baki Hanma doesn’t know about it at first, but when he finds out, he seems rather uncaring.
His statement that Kozue Matsumoto belongs to no one and that it is her decision alone, and that Kozue Matsumoto says nothing about it afterwards, I found very irritating.
Because all of a sudden, the behaviour of the two doesn’t fit anymore in the way it was at the beginning of the anime.

At the beginning of the anime, Kozue Matsumoto and Baki Hanma were still so much in love with each other and wanted to be together forever.
Now it is about how Kozue Matsumoto needs to decide for the better man.
And not about her continuing to remain loyal at Baki’s side and to stand up for the love she feels for him.
Besides, it somehow seems that Baki Hanma doesn’t care very much that another man is trying to throw himself at his girlfriend to steal her away from him.

So both seem to have somehow lost interest in their relationship and don’t even try to fight for it.
That was then the point where I started not to take the romance at the season end really seriously anymore.

Continuing on, with Mohammad Alai Jr. having a couple of fights with some people.
From which he repeatedly suffers injuries.
After each new injury he meets again with Kozue Matsumoto.

At a certain point there is then finally a little clarification from Kozue Matsumoto.
She tells him that they can continue to meet, but also makes it clear that he should not expect more from her.
His attempts and efforts to get closer to her are in vain, because in the end Kozue Matsumoto tells him that they are just friends.
He calls him an idiot and finds him uncool and unmanly.

What happens after the hug and what are the true feelings of Kozue Matsumoto?

The true feelings at the end?

Kozue Matsumoto feels to be more like a mother for Mohammad Alai Jr.
She has no love feelings for him.

Unfortunately the anime left out this very important part.
If you want to know more about it, you can read this part in the Manga, in chapter 186.

NTR-Vibes?
—
Dead of a love partner?
No
Amnesia?
No
Ending?
Open end The open end in regard to the anime in general?

The anime itself, ends with a cliffhanger.
The end of the second last episode ends with Baki Hanma preparing for the fight with his father.
And the last episode is only a summary of the fighters who broke out of the prisons in the beginning, and should prepare us for the surprises in the next season.

The open end in regard to the romance?

The anime ends very unsatisfactorily in regard to the romance.

At the end, the romance is concluded very abruptly with the end of the love triangle drama (further information ➜ NTR), and leaves out an important part in the anime.

Therefore I give you here 2 recommendations on how to finish the anime in a way that will satisfy you in regard to the romance.

Just stop watching the anime after season 2, episode 8. (Even better, from about minute 18:30, end the anime).
This is the point where the tournament ends and the romance concludes peacefully.

If you are interested in the anime and the brutal fights, and the love triangle is not a problem for you, then watch the anime until season 2, episode 12 from about minute 15:40.
This is the moment after Kozue Matsumoto hugs Mohammad Alai Jr.
Afterwards you should absolutely read the manga chapter 186 of Baki.
This clarifies namely things a little bit more about the feelings Kozue Matsumoto has towards Mohammad Alai Jr.
And on top of that, there is also, a satisfying romance happy end, for Kozue Matsumoto and Baki Hanma.
It’s a pity that they didn’t include this part in particular to let the anime end properly.
That would have been a far better conclusion.

Beyond that, there is something important to mention about the next episodes in the future concerning Kozue Matsumoto and the romance.

As far as I have read on the internet, Kozue Matsumoto will just rarely appear in the manga, after the Mohammad Alai Jr story part.
Therefore I think that there won’t be any more romance.
So if you watch the anime because of the romance, you can practically stop after Recommendation 1 or 2.
But if you find the story interesting and the fights cool, and want to know how it will continue with Baki Hanma, you have to wait for the next season, just like me.

Attention, before you watch this anime you should know something.
Baki (2018) is a brutal fighting anime!
Sometimes so brutal that I even had to laugh about how absurd some scenes were.
And although Baki is the name of the anime and the main character is also called Baki, he is usually barely present in the anime.
It is mostly more about other fighters and their brawls.

Actually I decided to watch this anime because I just wanted to watch a fighting anime and because I wanted to know how brutal it really is.
Thereby it turned out for me from episode 4 on, that Baki (2018) also contains romance elements.
Surprisingly even very well done.

Unfortunately only few romance moments are contained in the anime.
Most of them, in the first season and only when Baki Hanma and Kozue Matsumoto have a scene together. (about every 5 episodes or so)
The good thing about it, however, is that when romance moments are shown, they get approached in the right way.
Mostly very heartwarming and vanilla.
Sometimes also a bit exaggerated and weird, but all in all very well staged.

I was really positively surprised by the romance in the anime and was already ready to give it a really high rating.
But sadly, the second half of the 2nd season has drawn everything into the negative.

I find the animation is top.
Sometimes with some CGI, but it’ s not really disturbing.

In the 1st season and the first half of the 2nd season Baki Hanma and Kozue Matsumoto are very close and loyal to each other.
They are in love and dare to take many romantic steps in their relationship.
Unfortunately, there are not so many moments together with them, but when there are, it usually always becomes romantic.
For Baki Hanma fighting and Kozue Matsumoto is important.
His love for her makes him even stronger.
He protects Kozue Matsumoto and when she is in need, Baki Hanma comes to help immediately.

And for Kozue Matsumoto too, Baki Hanma is important and supports him as much as she can.
She always stands at Baki Hanma’s side when he fights.
Even though she is very worried when Baki Hanma fights, she still cheers him on.
And also when Baki Hanma gets sick she is there and gives him strength.
However, sometimes she can overreact a little.

Then the second half of the 2nd season starts and from here on the romance goes downhill.
Baki Hanma is hardly present anymore.
The story revolves mainly just around Mohammad Alai Jr. , his fights and his attempts to win over Kozue Matsumoto.

But in short, Baki Hanma and Kozue Matsumoto have changed their personality in some way, in fact, in a negative way.

Baki Hanma is only interested about fighting and how he is determined to become stronger in order to defeat his father.
It does not seem that Kozue Matsumoto is still important to him.
Also Kozue Matsumoto, makes the impression that she is no longer interested in Baki Hanma.
Let’s just say that they are not really fighting for their relationship anymore, which was so important to them in the first season.
Suddenly there is talk of decisions that are in Kozue Matsumoto’s hands.
There is no longer talk of love, rather she should decide for the better man.
Either Baki Hanma or Mohammad Alai Jr. …

What a pity, because Baki Hanma and Kozue Matsumoto were so loyal to each other in the first season and had always managed the romantic stuff immediately and straightforward.
Now Kozue Matsumoto finds herself in a dilemma, and cannot speak out for which “better” man she should decide.

The second season of Baki ends with an open end.
Unfortunately, the ending was unsatisfactory in regard to the romance.
Nevertheless, I found the story interesting and will also watch future episodes of the anime.
So I’m looking forward to the next season, even though Romance will most likely not be represented that much anymore.

As already mentioned, Baki (2018) doesn’t have that much romance but it is of high quality.
Therefore I will now tell you here the episodes in which romance happens with the couple.

As you can see, only 8 out of 36 episodes contain romance.
And even of those 8 episodes, there were only about 5 minutes of romance in it.

The worst episode was season 2, episode 9, and from here on it went only downhill.

The other episodes were for the most part only brutal brawls.

I have not read the manga of Baki (2018).
But I found an important spoiler in the manga that you should have a look at, to properly finish with season 2.
You can find more informations under the spoiler -> Ending.